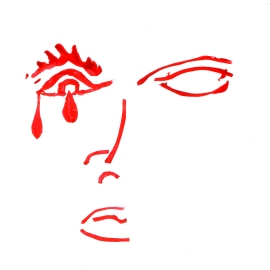 And a jump into Space. Ample vistas. Extremely romantic, synthetic, beautiful, fully-formed instrumental songs that, although short in duration, have the powerful effect of lingering in our mind. You want this groove to last forever but that is not his way. These are short statements that work within a kizomba frame to fish us out of the bad bad sea of aching and leave us under a spell pretty much forever. Equally short is the only semblance of lyric, a simple, impossibly sexy “então…”, charged with intention and possibilities.

In “Tudo acabou”, longing becomes epic, and the producer’s signature fades out into silence. That is the last thing we hear on this record. Yes yes, only 10 minutes. But the effect is that of a recurring dream. It becomes a part of who you are.

Marking the vital Lisbon label’s 10th anniversary year, ’Não Sou Perfeito’ is one of the sweetest treats in its decade long (and ongoing) reign, exemplifying the rich soul at the heart of its sound. The artist’s name change signifies a clear advance in his already emotive style of composition, as showcased in his teenaged productions on the ‘Carregando A Vida Atrás Das Costas’ set. The style of spare, grimy, chamber-like melodies in his formative early work is now found embellished with warmer pads and more nuanced rhythmic inflections to express a heightened grasp of slow jam romance that blends his native Atlantic coast breeze with a decidedly Californian G-funk lean to gorgeous effect. It’s a west coast thing, baby.

‘Apalusos’ is the outstanding A-side, drizzling syrupy G-funk-alike soul leads on a lilting kizomba rhythm and deliciously woozy chords bound to soundtrack embraced bodies and loved-up eyes scanning the dance. ‘Its Mine’ follows to dial up the forlorn ‘80s FM synth soul with an instrumental flair worthy of a Sade vocal (perhaps that’s her not replying to the ansafone motifs?), and ’Tudo Acabou’ bring this brief daydream of an EP to its closing strokes with a come-to-bed sashay of dry iced synth haze and slow-motion hip work.
Boomkat, November 2021 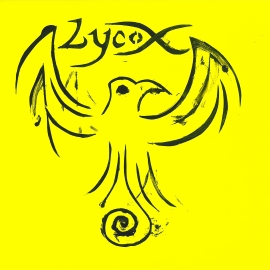 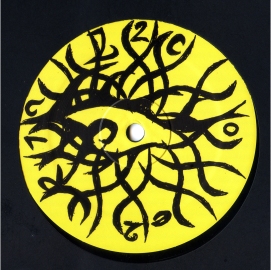 The highly prolific Lycox doesn’t hide his confidence: the vocal mantra in “Eu Mbora Dou Bue Show” declares his artistry to be at its peak. A reinforced kick in the beat signals a return to the club, and we all know what that means at the end of 2021. The first proper club night feels like AN OCCASION.

“Rapaz Sinistro” is just full-on beat science, firm on the floor, as “Southside” blurs the line between city and jungle, a true walk on the wild side. Very cinematic trash can-turning party vibe.
The flipside begins deep underground with an afro killer tune: “Yoga” is the only track here under 3 minutes and the duration certainly fits its sense of urgency. In contrast, “Wildin” stretches over the 5-minute line, always left of centre, an introspective afrohouse banger. Heads down in profound dancing. Then, a hugely classic Lycox melodic excursion making use of the traditional “latas” batida percussion. It picks you up and carries you off into the deep and wide horizon.

As part of Tia Maria Produções and with his solo shots, DJ Lycox has been a vital player on Lisbon’s finest label since 2014. The ‘Lycoxera’ session leads on from the beatdown kizomba tempo of his ‘Kizas do Ly’ (2020) EP with a return to the quicker meter of his sought-after debut album ’Sonhos & Pesadelos’ (2017), giving the club what it needs as feet return to the ‘floor in late 2021 to dance their worries away.

Cherry-picked by the label from Lycox’s prolific studio output, the EP’s six tracks surely represent a clarion call to the rave, but finely balance a sense of urgency with more tentative, melancholic pathos that smartly reads the room. From its nervy but insistent opening vocal declaration of back to business on the ‘Eu Mbora Dou Bue Show’, thru the breezy lilt of his keys and quizzical top lines in ‘Momentos Unicos’ Lycox coaxes rather than demands, with deeply persuasive results.

The intricate beat science of ‘Rapaz Sinistro’ is bound to snag bodies in its swingeing syncopation of log drums and plucked bass motifs echoing Amapiano styles, while the haughty jack of ’Southside’ follows with immersive soundsphere of water sounds, trumpeting elephants and eagle squawks that transport the city to a jungle mindset. ‘Yoga’ is a standout 3 minutes of deep Afrohouse pressure, eazing tensely infectious drums with coolly poised chords, and ‘Wildin’ is the most concentrated, deeply technoid example of DJ Lycox’s urgent but furtive appeal on what is set to be a definitive solo EP.
Boomkat, November 2021

With just two solo records under his belt, DJ Lycox has become one of the darlings of the Princípe roster. Last year’s Kizas do Ly was a real head-turner, throwing a light on kizomba, a leisurely, romantic style of music that highlighted a new potential for elegance and melody in the Lisbon club sound. A year later he returns with LYCOXERA, a six-track EP that expands his sound by combining the delicacy of the kizomba work woth the rowdy rhythms of his 2017 EP. Then Lycox adds the swagger and low-end heft of Afro house, hinting towards a new style altogether that hints at only new paths for Princípe to go down. One listen to “Yoga” and you’ll know what I mean—there’s a certain thrust and spaciousness to the groove, allowing Lycox’s signature tumbling melodies to ride the groove in a very different way.. The opener “Eu Mbora Dou Bue Show” has a string-led stagger (and rambling vocal) that looks to gqom, while “Rapaz Sinistro” is a delightfully funky array of percussive sounds all plunking out their own path, like an ensemble of mallet players each playing a different rhythm. “Southside” and “Momentos Únicos” have a touch of older Lycox to them, and the former’s zany bounce and punch-drunk breakdown—it sounds like the track is stumbling around confused—mirrors the anything-goes glee of the earliest Príncipe records. The most promising track is “Wildin,” whose dark textures and fussy but fantastic use of reverb and delay—so that some synths sound like water droplets falling to the ground—borrow tropes from techno, both Afro and otherwise. Lycox’s discography has always been a synthesis of the influences around him, whether that was UK club music, Lisbon or Paris, and with LYCOXERA he takes on the sounds of the wider diaspora for an EP that’s both fearsome and exquisite.
Resident Advisor, November 2021

Party at Musicbox in downtown Lisbon.

BUY DIRECT FROM US